OFF-SEASON ACTION:
The rise of the
UK 'cross sportive

You can now ride an array of 'cross events all year round in Great Britain. Here Michael Burdon tells us all about them including our very own Cyclocrossrider Ride in Kent at the end of August. 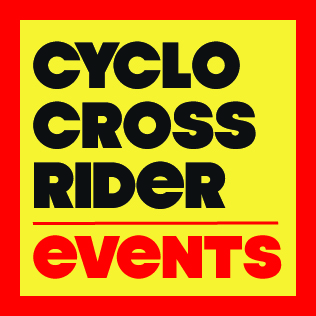 NOT all rides on a 'cross bike leave us gasping for breath after an hour or so of lactic pain around a school field or country park. The races are the ones that we keenly look forward to, develop training plans for and seek to better ourselves at. But there is now a new world beyond the traditional cyclocross race.

Over the past few years in Britain we have seen an explosion in the number of sportive-type events that cater for or welcome the cyclocross fraternity. These range from either pre or post 'cross season events that present another opportunity to ride with like-minded friends, to more commercially operated events which have sprung up in response to the large surge in sales of cyclocross bikes. Whichever end of the cyclocross spectrum you are coming from, there is something to suit everyone… As long as you like getting dirty… And dirt roads… And (invariably) climbing.

The Hell of the North Cotswolds, in the south west of England, is perhaps the original UK 'cross sportive. In 2014 'HoNC' celebrated its thirtieth year and it certainly hit upon a winning formula. It was created as a homage to the original Paris-Roubaix sportive by founders Pat Smith and Tim Groom, the event is regularly oversubscribed and sees over a thousand entrants take the start line every April (entries open in January). An already tough event was made tougher in 2013 as heavy rain made both the 50 and 100km courses extreme 'mudders'. For parts of the water logged course, carrying your bike was not an optional activity. You really had to feel for those on mountain bikes. http://www.winchcombecc.org.uk/honc/

The Adventure Cross Series (backed by UK magazine Cycling Weekly) builds upon the success of last year's inaugural event from Keswick in Cumbria. The Series is described as 'the new event discipline for cyclists, incorporating both road, off road tracks, trails, bridleways and lanes – a cross country adventure by bike'. These events have a long course - the 'massif' at 60-ish miles and the 'mini massif' at around 40 miles. The series travels the United Kingdom - the Grizedale Grizzly was held in the Lake District in April, the Rhinog Raptor in Wales in May and the Moors And Shores at Dalby Forest in June. The remaining 2014 events are the Galloway Gallop in Dumfries on September 21st and winding up back in the Lake District in Keswick for the 'Lakeland Monster Miles' on October 12th. http://bookmyride.ipcshop.co.uk/shop/adventure-x 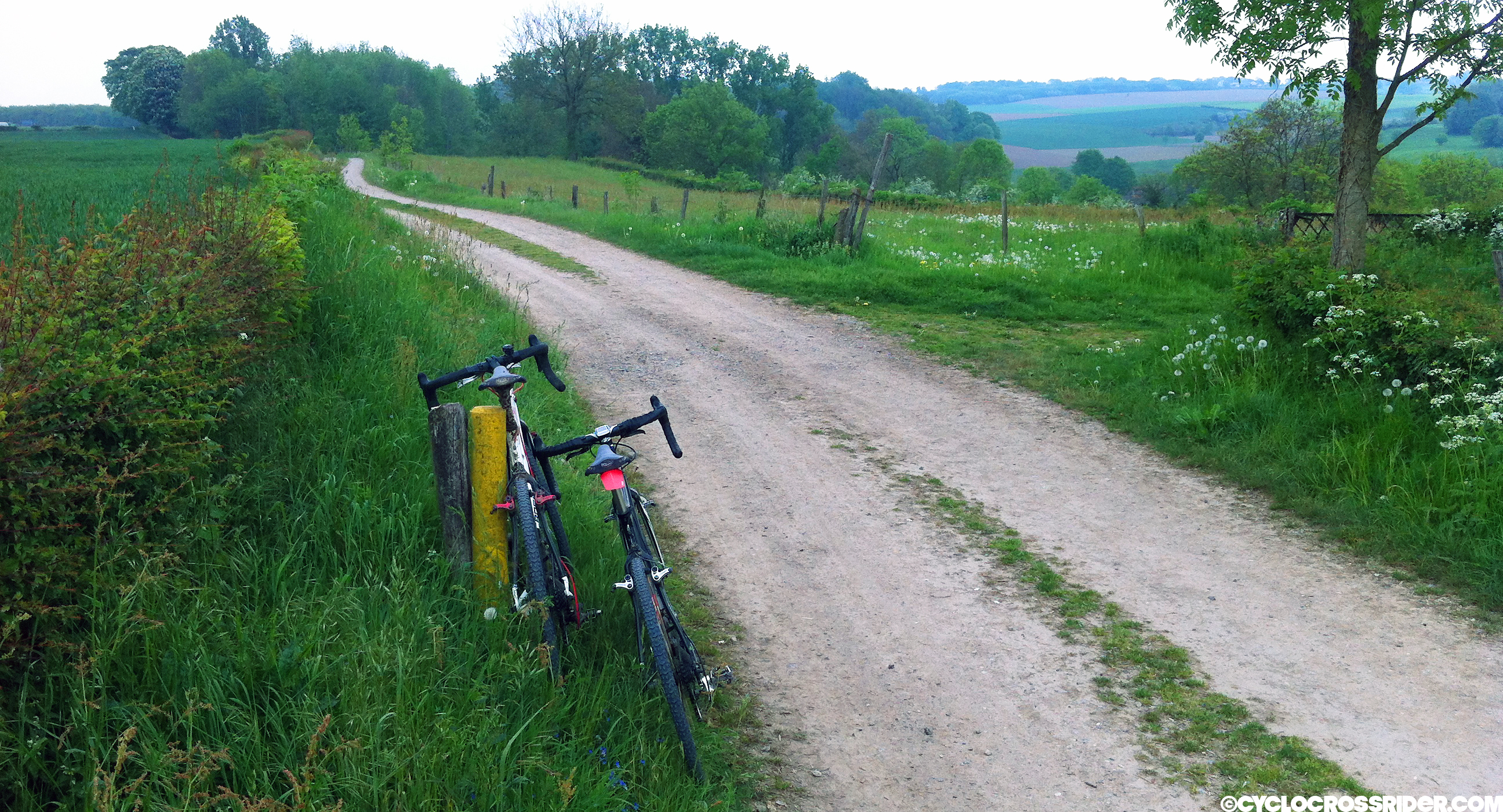 Once we've got this winter's 'cross season done and dusted, keep an eye out for these events in 2015. The Sport Cross which took place in February was an off-road sportive starting and finishing at the Green Jersey in Clitheroe, Lancashire. The brainchild of owner Richard Paige, this event was a 'mere' 30 miles long, but packed in 3000 feet of climbing - much of it made up of sodden moor and flooded, muddy bridleways. The event also passed through the Gisburn trail centre. A great many cyclocross racers from the Yorkshire and North West Cyclocross leagues came together to ride the event and afterwards, to watch the World Cyclocross Championships in Hoogerheide on the café's large screen television. http://www.thegreenjersey.co.uk/sportcross/

Also in northern England is the ClifCross, first run in 2013, which is billed as 'old school cross in the Pennines', taking its inspiration from the longer courses of the 1950s. This part of the world - the Lancashire/Yorkshire border - is made up of steep valleys and frequently cobbled 'packhorse climbs'. The area around ClifCross is a wonderful combination of dark satanic mills and bleak moorland bridleway. It is 'only' thirty miles long, but with the start being in Hebden Bridge, the only way is up, and you will feel every one of those thirty miles. The event runs in early spring. http://clifcross.com/

Another ride with a nod toward Paris-Roubaix is the Scotton 100K. Now in its 14th year and run each April on the roads and bridleways around Staveley in North Yorkshire. The 60 mile route is a mix of road and farm track and bridleway 'secteurs'. You can ride any bike you like, but, as is typical, there is a great deal of debate about which bike and tyre provides the idea combination of speed and comfort. 'Cross bikes are frequently ridden with either 28mm road tyres or heavier duty 'cross tyres. http://www.cliftoncc.org/challen/scotton_100

New for 2014 was the Tour of the Black Country which also models itself on Paris-Roubaix. This event, organised by the V-Sprint Cycling Club took place in early May and covered 100km with 20km of cobbled roads, stony farm tracks and bridleways around the West Midlands, Worcestershire, Shropshire, and Staffordshire. Each of the 15 unpaved sections, ranging in length from 300 to 1800 metres has been graded according to difficulty and will be closed to traffic on the day. Unique for an event of this nature, the route finishes on the track of the Aldersley Velodrome on the outskirts of Wolverhampton. http://club.v-sprint.com/tour-of-the-black-country-100-mile-roubaix-style-sportive/

Finally, in mid-May there's the Bucks Off-road Sportive which, inspired by the HoNC, offers a choice of four distances out into the wonderful Chiltern Hills to the north west of London. http://www.bucksoffroadsportive.co.uk/

It's highly likely that more of these great events will keep popping up, but in the meantime we'll see you in Kent on August 31st?

We are having a fun and modest celebration, in south east England, on August 31st to mark the launch of the Cyclocrossrider website. It's a CYCLOCROSSRIDE!
It will be a relaxed affair - not a race and not a sportive. We've created a scenic and challenging route around the byways and back roads of Kent - just on the doorstep of London. The ride will not be marked on the ground so when the route is released riders will have the choice of downloading a GPX file or copying the route map manually. Please join us at the fantastic Cyclopark facility in Gravesend, Kent (DA11 7NP). Riders will be set off in small groups from 10am. Please see further details in the box below.

REGISTER FOR OUR KENTISH RONDE...

TIMES: Parking opens at 9am so registration (in the main building) will begin around 9.15am. Please sign-on before 10.15am. Riders will be set off in small groups from 10am until 11am. The Ronde is a ride, not a race, so times will not be recorded.
ROUTE: The approx. 40km route will be released online prior to the event and a GPX/TCX file made available. There will be a small feed station at approx. half-distance.
PARKING: The Cyclopark has plenty of car parking which is under CCTV surveillance. The charge for parking is £1.00 with the funds going to help the operations of the Cyclopark Trust. Riders under 18 years of age must be accompanied by an adult who takes responsibility for them on the ride.

Watch out for more great events from Cyclocrossrider.com shortly.