It is still unclear whether UCI cycle racing will return in 2020, but news of rider plans as well as race cancellations continue. Here's our round-up of recent news including a cycle race that's currently in progress. Photo: Jeff Corcoran.

TRIPLE World cyclocross champion Wout van Aert became the first big name rider to reveal his road racing plans over the weekend should UCI sanctioned racing resume this year. The Belgian was interviewed at length on video whilst riding an indoor trainer for Algemeen Dagblad's In Het Wiel.

"I believe that I can win a Monument but it's not easy to win the Tour of Flanders or Paris-Roubaix, so you should take every opportunity although I know all racing remains uncertain," explained Van Aert before saying that after Paris-Roubaix (scheduled for 25th October) he would prepare for some "nice crosses."

If racing goes ahead, Van Aert will begin racing in Italy with Strade Bianche (1st August) and Milan-Sanremo (8th August) before having another tilt at the Tour de France which he crashed out of in 2019. After the Tour he expects to finish the compacted road season with Flanders (18th October) and Paris-Roubaix (25th October).

"A few years ago I set the goal of seeing how far I can get in those classics and I think I can now believe that I can win a Monument. That is the goal for the coming years so iit would be very stupid to miss an opportunity because it is different this year," HLN reported Van Aert saying.

WIELERFLITS is reporting confirmation that plans are underway to create a UCI professional continental road team as a home for many of the cream of women's cyclocross. World champion Ceylin del Carmen Alvarado, Annemarie Worst, Yara Kastelijn and Sanne Cant are likely to be joined by other members of the Alpecin-Fenix, IKO-Crelan and Team 777 teams to create the road 'super team.'

All the teams are run by brothers Philip and Christoph Ruudhoft who have continually improved the road team based around Mathieu van der Poel's ambitions and this project has similar aims.

"More and more good cyclists are part of a road team. Just think of Lucinda Brand, Marianne Vos or Inge van der Heijden. We don't want our ladies to fall behind," the brothers told the press. It's expected that the team will be in place for the 2021 UCI road season - with many interested in the new Paris-Roubaix race for women - and not for any rescheduled 2020 races.

THE long running Nacht van Woerden evening race has become the first big cancellation of the 2020-21 UCI cyclocross season according to CyclingOnline.nl.

"We've taken the decision to cancel in consultation with the municipality of Woerden, the Royal Dutch Cycling Union (KNWU) and the main sponsors Kiremko and BluePrint Automation. We have to organise a responsible event, unfortunately that is not possible this year and we will focus on the next edition in 2021," organisation chairman Arjan van der Horst stated.

The UCI C2-ranked racing was due to be held on October 20th and it is held in the town centre alongside a popular fairground.

The organisers of C1-ranked Gieten meanwhile have told Dagblad van het Noorden that they "are prepared to make concessions, such as less or no public, no VIPS and new start times" for their event scheduled October 11th.

THE biggest cycle race since, er, Paris-Nice two months ago, started on Tuesday 19th May in the Socialist Republic of Vietnam.

The non-UCI, HTV Cup - the 32nd edition of Vietnam's top stage race - is running through to 7th June (after being postponed in April) and shown live on Facebook and YouTube with 12 teams of seven riders. The 84 riders are all from Vietnamese teams with Cycling Weekly reporting that Spaniard Javier Sarda Perez (wearing number 7) defends his title and French former Ag2r La Mondiale stagiaire Loic Desriac (41) is the only other non-native in the race.

Vietnam has reported no COVID deaths from 288 officially confirmed cases. 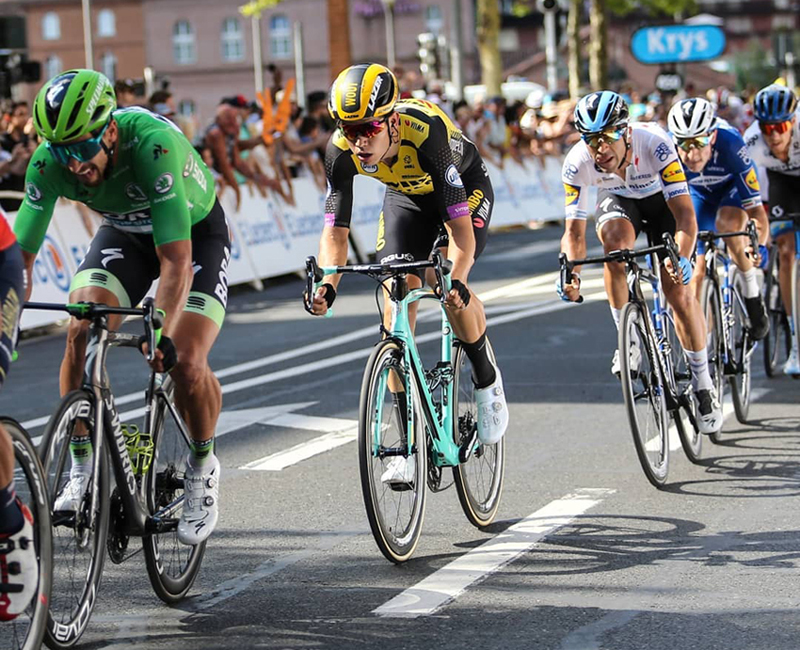