CYCLOCROSS legend Sven Nys will retire from racing at the end of the current season and is expected to reveal big news about his life after 'cross on Monday (December 14th) to the Belgian media.

It's widely believed that the former World champion from Baal will become involved with the Telenet-Fidea team currently owned by Hans Van Kasteren. The Limburg-based team, currently headed by Tom Meeusen, was frequently a thorn in the side of Nys through the noughties ('00s) when it contained Zdenek Stybar, Kevin Pauwels, Bart Wellens, Rob Peeters and Erwin Vervecken.

It is understood that the long-established team is for sale and that Nys is Van Kasteren's preferred buyer, but it's unclear (until tomorrow) whether Golazo Sports (a group which includes Nys' management team) are part of Nys' bid or not.

Behind Meeusen, Telenet-Fidea have a number of promising younger riders such as Quinten Hermans and Eli Iserbyt as well as elite women Ellen Van Loy and Loes Sels. The team has also had setbacks in recent years – coach Danny De Bie was relieved of duties (and later re-hired) when he was blamed for Wout Van Aert leaving Telenet-Fidea for the new Vastgoedservice-Golden Palace team. Just last month former British champion Nikki Harris announced that she was to leave the team at the end of the year with Van Kasteren claiming that Telenet-Fidea needed to focus on only Belgian riders.

Nys' son Thibau is winning age-group races (and now has his own fan club on Facebook) and so it's likely we'll see him in Telenet-Fidea colours in years to come if the deal goes ahead. Crelan Bank, who have backed Nys for a number of seasons will sponsor the Vastgoedservice team in 2016 so it remains to be seen if any of Sven's sponsors will transfer as a result.

Nys is still expected to continue with the project to build a permanent cycle centre based on the Balenberg course in Baal which is used for the GP Sven Nys races held on New Year's Day. 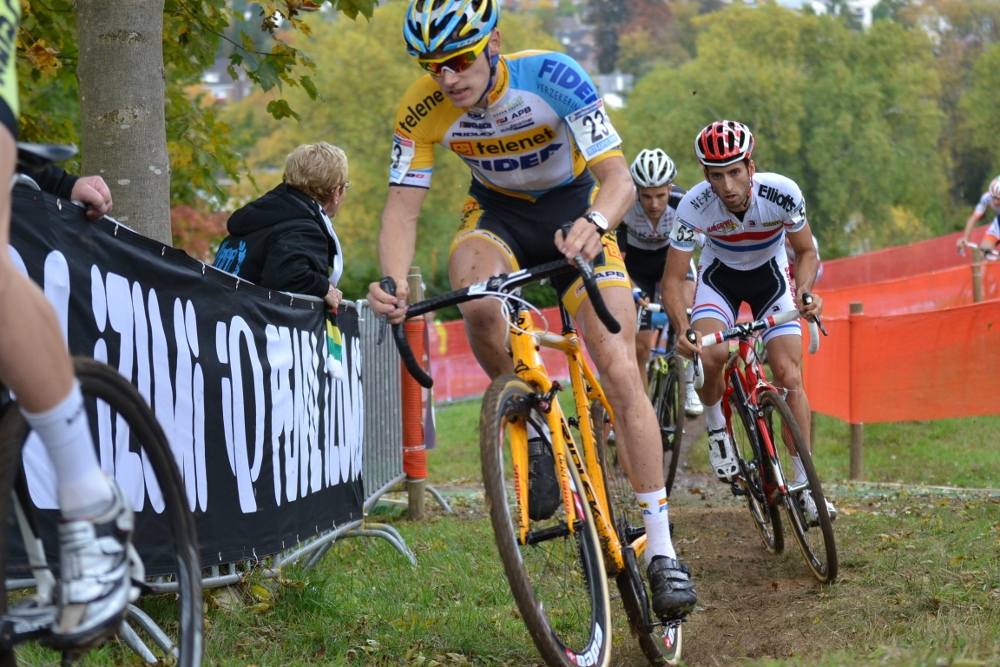