THE first-ever Pan-American Cyclocross Championships are being held this Sunday (November 2nd) in Covington, Kentucky as part of the Cincy3 weekend and have attracted strong fields of riders. The course, located just across the Ohio River from Cincinnati, has hosted many cyclocross races in recent years and the event 'concept' is based on the European continental championships that have been held since 2003.

American champion and World Cup winner Katie Compton has returned to the States from Europe to race for the new title. Compton will be the favourite to take the women's title although she'll face some tough competition perhaps most likely from newly-crowned Canadian champion Catharine Pendrel. The Canadian is the World and Commonwealth Games mountain bike champion who put in a great ride at CrossVegas in September and is still on good form. The tough Kentucky course should provide an exciting race and there are a few knowledgable American observers putting their money on Pendrel.

Devou Park was chosen as the championship venue and organisers say, "Its elevation, technical difficulty, and scenery offer the perfect mix for a proper championship course. American elite racers have been asking American promoters for courses like they’ve seen in Europe. To answer the call, the traditional Devou course has undergone a complete overhaul while still maintaining the previous physical difficulty yet substantially upping the technical ante. With two run-ups, a downhill drop not seen on this side of the Atlantic Ocean, and 150 feet of climbing per lap, riders will need to be in peak form for the final day of Cincy3."

The new titles are open to racers from across The Americas stretching from Canada to Argentina as well as the Caribbean nations. Forty-three nations make up the Pan-American Cycling Confederation (but we suspect that cyclocross only takes place in a handful of those countries).

The Pan-Am Championships will be held for Elite Women, Women Youth (junior and under 23 years), Under-23 Men and Junior Men. A separate non-championship race is schedule for Elite Men (23 years and older). The winners of the championships, it is understood, are entitled to wear the jersey throughout the season in all cyclocross competitions as is the case with European champions.

The Toyota-sponsored Cincy3 CX Festival, now in its eleventh year, features C2-ranked racing on Friday, C1-ranked night-time racing on Saturday and concludes with the continental Championships on Sunday (and C2-ranked race for elite men). The weekend also features amateur racing in the popular OVCX series on all three days. 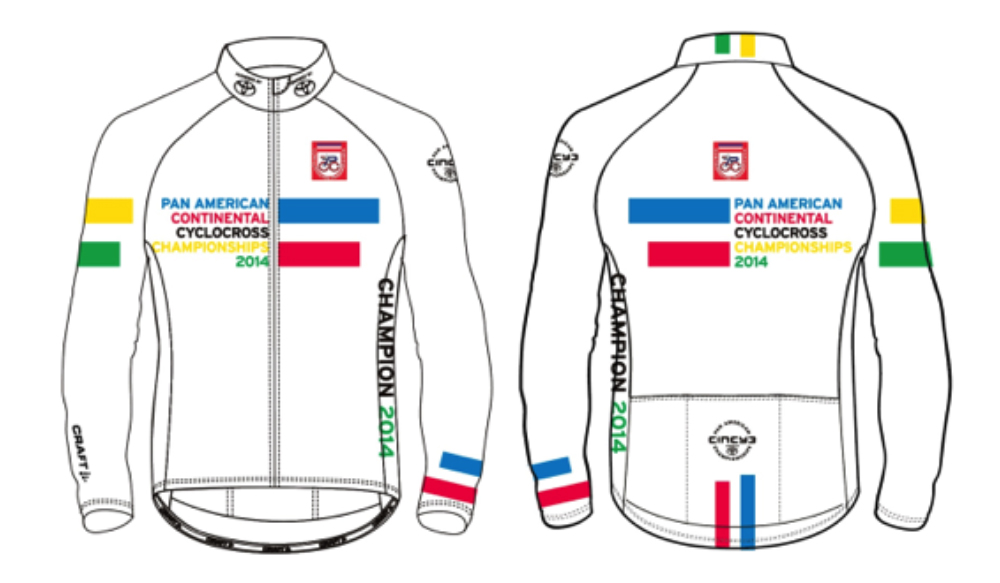 As well as Compton, the weekend has also attracted Katerina Nash (CZE), Georgia Gould, Jeremy Powers, Tim Johnson, Geoff Kabush (CAN) and should see the return of Ryan Trebon after a crash injury curtailed the start of his season.

The organisers unveiled the design of a new champions jersey back in September and when Cyclocrossrider posted the new design on our social media channels there was immediate debate about the jerseys use of the rainbow stripes. COPACI, the Pan-American Cycling Confederation, we were told, approves jersey designs for Pan-Am Championships and they approved the design.

"I don't mind the idea of it, but the design needs a re-think. It's too similar to the Worlds jersey," was one comment made to Cyclocrossrider. We were made aware though that rainbow stripes have actually been the basis of the Pan-American Championship jerseys of all disciplines for a number of years now so the cyclocross design is not actually without precedent.

The original jersey design has, however, been changed because of it's similarity to the rainbow jersey of the world champions.

Complete information about the Pan-American Cyclocross Championships is available at Cincycx.com.

The Pan-American Cyclocross Championships are part of the Cincy3 Weekend of Cyclocross powered by Toyota. 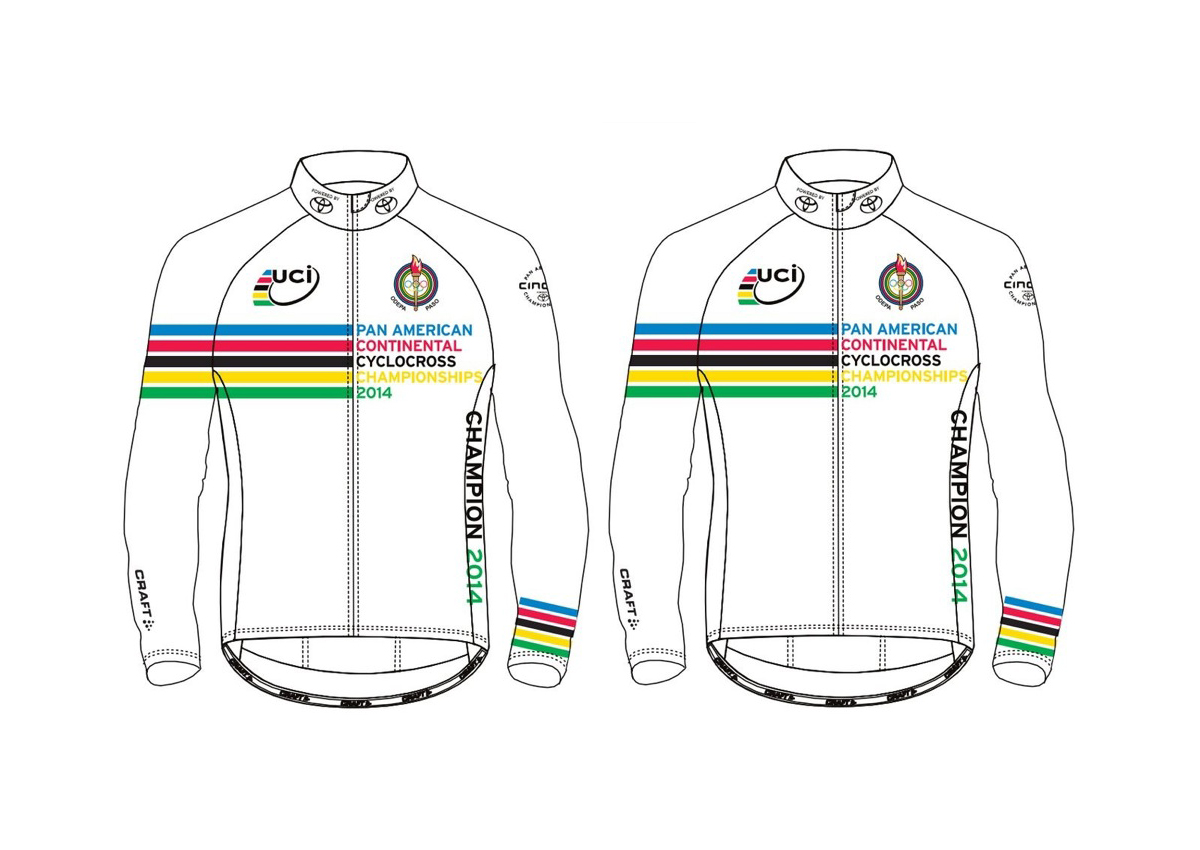